Chart pattern analysis is not only one of the most important investing tools, but also one of the most popular. Filled with in-depth insights and practical advice, Getting Started in Chart Patterns is designed to help both new and seasoned traders profit by tracking and identifying specific chart patterns. Expert Thomas Bulkowski opens with a basic discussion of chart pattern formation and how bad habits can hurt trading. He then moves on to introduce over 40 key chart formations as well as numerous trading tactics that can be used in conjunction with them. Readers will benefit from the specifics (actual trades with dollar amounts) outlined throughout the book and the frank discussions of how trading behavior can affect the bottom line. Anecdotes from Bulkowski’s own trading experiences are also included to shed light on how one of the best in the business goes about trading with chart patterns.

More about the author 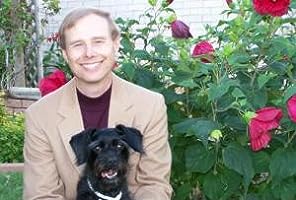 Thomas N. Bulkowski is recognized by many as one of the world’s leading authorities on chart patterns. He is a successful investor and trader with over thirty years of experience trading stocks. He is also the author of the books:

His best selling books have been translated into multiple languages. Over one hundred of his articles have been published in Active Trader; Stocks, Futures and Options; The Technical Analyst; Traders’; The Trader’s Journal and Technical Analysis of Stocks & Commodities magazines.

Before earning enough from his investments to retire from his day job at age thirty-six, Bulkowski was a hardware design engineer at Raytheon, a senior software engineer for Tandy Corporation, and a software manager for Tracor-Westronics.

He enjoys writing fiction, chasing cars with his bicycle, watching flowers bloom in his gardens, woodworking, photography, and reading.